Failing a Business with Marcus Segal 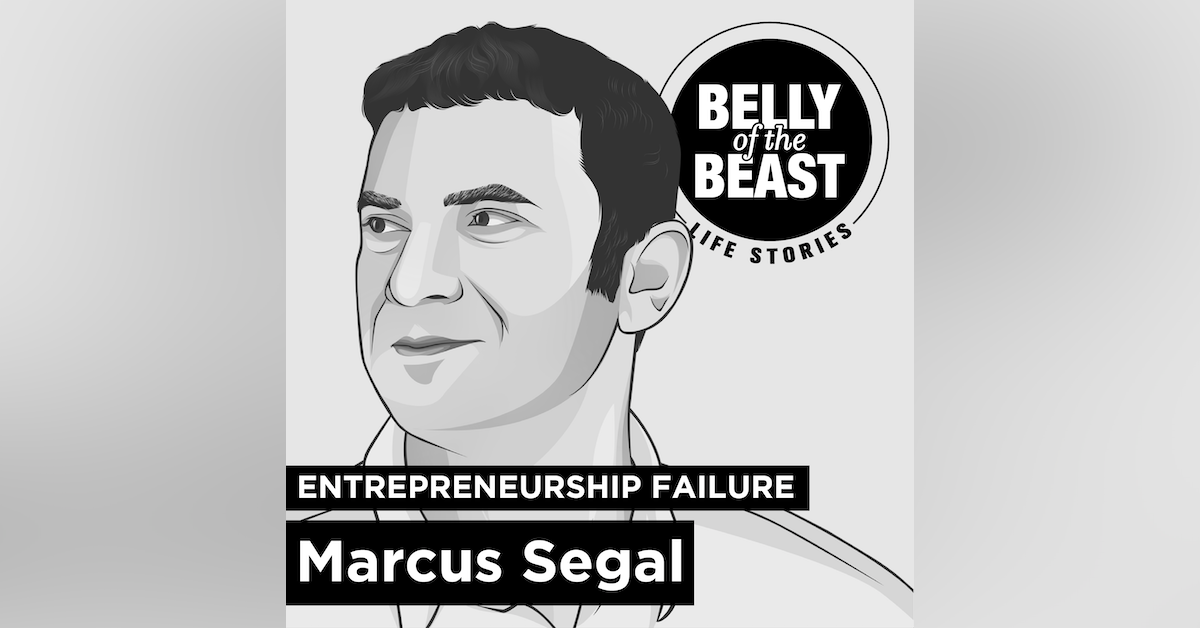 Failure is a part of the entrepreneurship journey. The "dot com" bubble was a period of time when the Internet was booming and companies offering everything from pet supplies to streaming music went down the drain almost overnight.

Marcus Segal's story is one of becoming aware of the inner critic in our life that blames us for failing and limits our beliefs in what's possible in ourselves.

Failure is a speed bump, not a stop sign. Marcus is successful -- now the CEO of ForeVR Games and the former chief operating officer for Zynga, helping take the gaming company from dozens of employees to thousands.

- In 1998, Marcus was lured to Silicon Valley during the first ‘dot com bubble’

- He found a job and ultimately a path to career growth at eMusic.com which was the first legal streaming music platform

- The company went public and when the VP of Human Resources left, Marcus was tapped; he had made it

- Shares dropped to $0.99 but Marcus was promoted to Chief Operating Officer

- Marcus returned to San Francisco with a renewed perspective, started a new startup, and began giving back to startups as a mentor

“The company (eMusic.com) went public. A V.P. of human resources left and I was tapped to take on that role. So now, boom, I'm a tech executive, which is really incredible because I majored in English literature in college. I had never written a line of code and I was just hungry and I just worked all the time and I was just thrilled.”

“So at that moment, eMusic was selling lemonade and Napster was giving away beer.”

“My great job of being the COO of this tech company became a job of rearranging the deck chairs on the Titanic.”

“I had something to prove. I needed adoration and love and respect. And the way that you got something like that in my family. My family is just loaded with overachievers is to achieve.”

“The idea of work life balance work was my life, and in work I found my balance.”

“But the stink of dot.com failure was on me and the whole of the Internet all of the tech companies were starting to hit the wall.”

“It felt like my inner critic and karma got together and just decided to fuck with me.”

“I think the most important thing, though, is really if you're going to beat yourself up, use a pillow, not a baseball bat, because it's not like you've been alive before.”

“Life is to be celebrated. Celebrate it all. Live it all. Drink from the fire hose.”

“I mean, that day out in the desert, I realized that I did not have a dream. I didn't have a dream for my life. I kind of had blinders on. I realized that I wanted to achieve. I wanted to work on things in my life that I cared about. And I hoped to earn enough money that I would be able to never have to work for a jerk and that I would be able to travel and these other things. But more than anything, I just wanted to be connected and love what I'm doing.”