Being A Mother with Sharon Eisenhauer 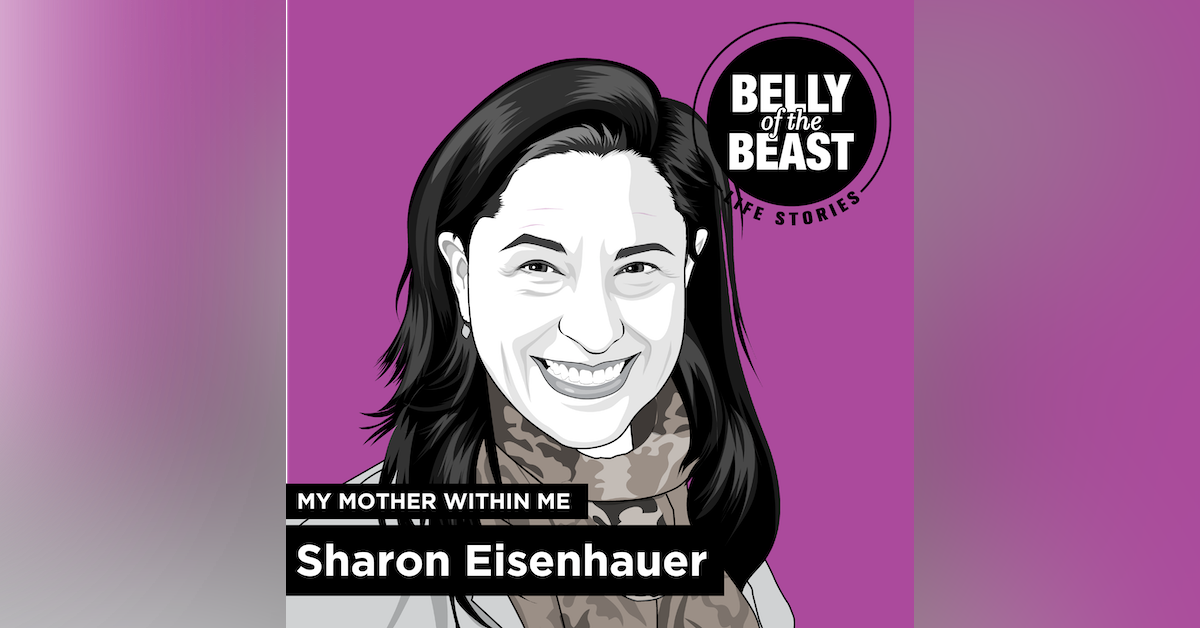 Sharon and her wife adopted their daughter and divorced a few years later. The relationship between Sharon and her daughter was joyous but also challenging and confrontational and she couldn't understand why.

Sharon went to figure it out beginning a process of self-discovery and healing of her own childhood wounds with her own mother. Through distance and discipline, self-love and self-preservation, Sharon can now cherish her daughter because she cherishes herself first.

“Well, the first formative nine months were pure hell. Our daughter, she was a joy, and she didn't sleep through the night.”

“I didn't recognize it at the time, but in the dynamic between my partner and myself, I was essentially the child. And so when she would leave, on an unconscious level, it felt as though, number one, I was being abandoned. And number two, I was being abandoned in the care of yet another child. So it was a child being left to take care of a child, even though I was 40-some years old.”

“It was almost as though the the poison had infected her. The poison of this feeling of not being lovable, of not being worthy of receiving love.”

“Well, when I was trying to be that mother, that society tells us we should be, that writes the lovely little notes in the lunchbox, and that makes late night snacks for her slumber parties, and hosts play dates, and does PTA and hosts the Girl Scout meetings, and all of those things, I thought I should be those things. I didn't know that there was any other concept of how to be a mother.And when I heard that, it gave me such a feeling of permission and it allowed me to drop away so much of the guilt and the shame I had been carrying about not being able to be the kind of mother that society told me I was supposed to be. . And coming back to the idea of it taking a village, it truly does, because to put all of that responsibility on one or two people is way beyond what we should have to carry.”

“She was coming into her teen years and, you know, doing the normal teen belligerent thing. And I hated the way I interacted with her, because I was like another teenager in there fighting with her. I wasn't the parent. I wasn't the loving guide. I wasn't the steady presence for her that I wanted to be, as a mother.”

“My daughter felt very abandoned by my moving away.It was about needing to be able to stand on my own, in my own truth, so that I could heal my past, my life, and ostensibly, heal what happened between my mother and me, and her mother and her, and generations before.”

“Now that I'm not pressuring myself to be a mom that I'm not, I've been able to grow in the truth of what I came here to this planet to do, which I am coming to know, is as this spiritual conduit, and teacher and guide, and I wasn't able to access that piece before.”

“And until I recognized my own lovability, I wasn't going to be able to do that with her, and now, I can cherish her because I cherish myself.”

“I would say, "Sweetheart, this is not about you. Your mother is clearly trying so hard and yet she doesn't have the tools herself. She never learned how to parent herself, and all of the rage and all of the unhappiness that you're experiencing today is part of an old, old, unhealed story. And one day my prayer is that you'll be able to come to a place of forgiveness of yourself, and your mother, and all of the other pieces and parts that tell us that we're not worthy, that we're not lovable, that we have to do something or be something to prove our worth, because none of that is true, that you are worthy and lovable just exactly as you are."

“Because that is where it all starts, is learning to nurture and nourish that kid that never got it as a child, because we can't give from an empty well.”