Paralyzed at 19 with Ryan Chen 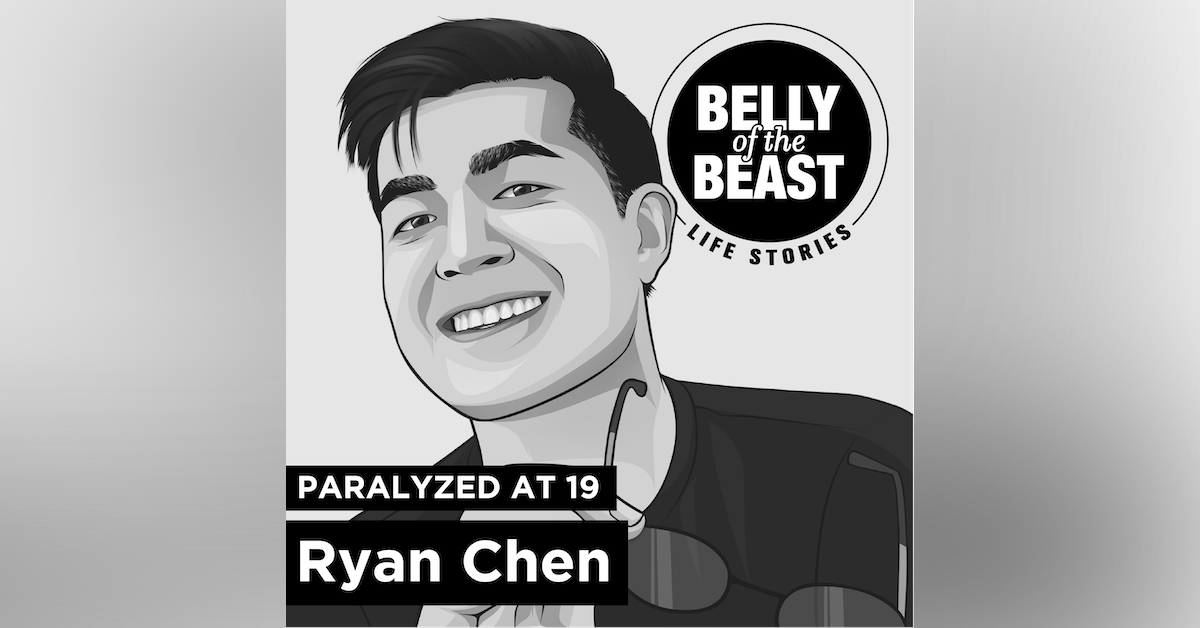 At the age of 19, Ryan Chen was in a serious snowboarding accident that would ultimately paralyze him from the waist down. Ryan was forced to open his eyes to this new reality, learn to not blame himself and become comfortable with the uncomfortable. He learned to adapt, rekindle his love for athletics and ultimately build a successful business.

Ryan is a successful entrepreneur. The company he co-founded, Neuro, was featured on the Shark Tank TV show (they didn't take the deal!) and he was named Forbes 30 under 30.

- Describing that snowboarding accident and the complete shock he felt in the ambulance - feeling pain but fueled by adrenaline and a racing mind.

- At the hospital, Ryan didn’t want anyone to know about the accident - didn’t want folks to worry.

- Imagine the doctor telling you that you will never walk again. Ryan didn’t believe it.

- Ironically, pain returning was a welcome sign but reality was setting in.

- The very long and dark process included 2-3 years of opioid pain pills which Ryan gave up cold turkey but also a climb out by rekindling his love for athletics and racing in the LA Marathon.

- Ryan would go on to race in seven marathons and met with the US Paralympic team; ultimately deciding he wanted to pursue other passions, like entrepreneurship.

- He was named to the Forbes 30 Under 30 list as a top entrepreneur. (Kent was 30 already so received an honorable mention.)

- “It is a rollercoaster. I mean, you're still trying to figure yourself out and then you throw this in and it feels like your whole world stops. And for me, I think it took me two years of like really trying to figure out, well, not only like who I was, what I wanted to do, but like what was my purpose of living? Why did I survive this?”

- “I never told anybody. I told friends not to tell anybody.“

- “Life is constantly changing, it's about adapting to that change.“

- “You know, you're doing the best you can and be patient with yourself, because then you're going to come out on the other side and realize that that's part of your story. And that's that's going to shape who you are.“