The Responsibility of Fatherhood with Mathew Passy 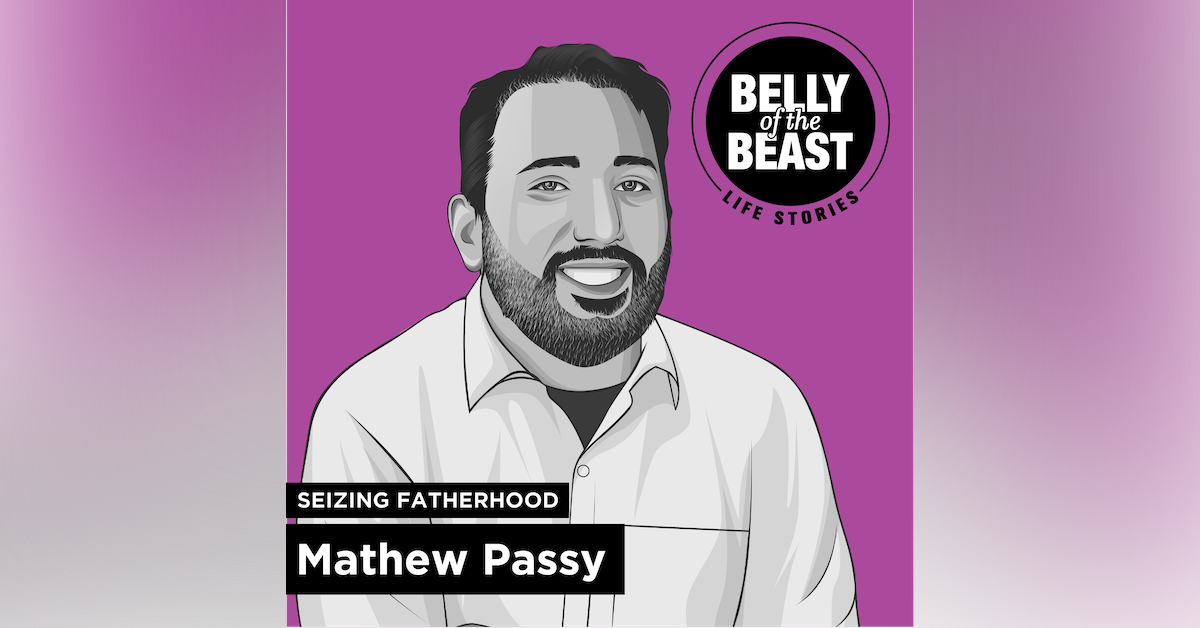 Mathew Passy’s 4-month old daughter was diagnosed with bacterial meningitis, a rare but treatable disease, bringing immediacy to the role and responsibility of fatherhood.

•The story opens with Mathew and his wife taking their 4-month old daughter, Hailey, into the hospital with a fever that was later diagnosed as bacterial meningitis

•Mathew and his wife took turns being at the hospital

•On his first night, his daughter has a seizure in his arms for an hour

•This event “knocked” Mathew "for a loop"

•He describes this moment as bringing the preciousness of life into immediacy; a scary experience where his mind was racing

•A self-described “control person,” not having control of the situation was hard

•Although not a “religious person,” Mathew wondered if he was being “punished"

•Mathew had a lot of fear about the health of his daughter, but also whether or not his business would survive

•This experience matured Mathew; from being an “older kid with kids” to a father responsible for a family

•We learn more about how the experience changed Mathew

•Hailey was released from the hospital but every time she cried or had a slight fever, Mathew and his wife were on the phones with the doctors

•Mathew’s clients didn’t abandon him, in fact, they validated his “family first” decision and are still with him to this day

•Being an entrepreneur has given Mathew more time to spend with his family and he has barriers, like stopping work at the end of the day to make dinner and spend the evening with the kids

•Setting the health scare aside, Mathew wouldn’t take this experience back because he’s a better dad now

•Mathew shares his advice to his younger self

"And then to be in the situation in the hospital where something has to be done and you either can't get answers, or have no control over it, is so hard."

"And because I had just started my own business, I didn't really have a ton of money coming in, every dollar counted. And we had just bought the house earlier that year, so it felt like it could all just crumble very, very quickly, and the life that we were projecting to lead, just felt like it could have been snatched from us at any second."

"I think I was hyper-focused on Hailey and her care."

"I think this whole experience matured me. These are really fully matured, responsible adults and I'm sure to a lot of people that sounds like a bunch of nonsense, but it just changed me, and just made me realize that I can't go back to pretending I'm a kid anymore, that my life is now all about them, and providing, and setting an example and ensuring that they are prepared for the world."

"But my wife and I took control of the situation. And we...  you know, we dictated the terms. We had the plan. We were the ones who got through it and figured it out and and made sure that all the decisions were going through us, and it it no longer felt like we still needed our parents in the room to help us."

"Every time she had a fever, every time she cried that felt a little bit off kilter, we were on the phone with doctors."

"But I also have this overwhelming sense of calm that just says, "You got this. Whatever this means, whatever they're throwing at you, you'll figure it out. You'll find the solution because it's what you have to do, and not for you, but for them."